I knew things were bad in North Korea, but I always pictured it as more of a bad joke with a crazy guy as the leader. I know they have nuclear weapons, but it still seemed not that awful.

Sadly, I was dead wrong.

Nothing to Envy is the story of six North Koreans. The people profiled had all escaped to South Korea. They each had a different life in North Korea and different reasons for leaving, though they had faced the same hardships. 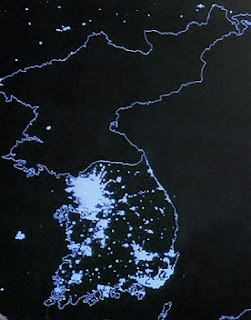 North Korea has very little electricity. The people profiled talked about how they lived their lives with so little. They also shared stories of the famine of the mid-90s. People were dying in the streets and scavenging for food such as weeds. One of the people was a doctor. She crossed the border into China and found dogs eating rice--a "luxury" she hadn't had in years. Another woman was a kindergarten teacher whose students died of starvation.

Life in North Korea was so terrible. This is truly an eye-opening book, even for someone who thought she knew about the country. I think it would still be enjoyable for a person who usually doesn't pick up non-fiction. The stories are so compelling and the topic is very relevant. The title is very appropriate.
Posted by Kennedy at 1:36 PM