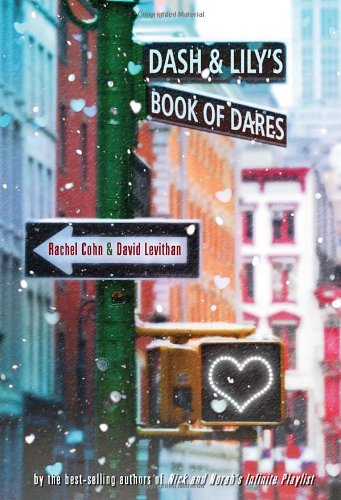 Many of my book friends love YA and raved about Dash & Lily's Book of Dares. I enjoyed Nick and Norah's Infinite Play List (also by Rachel Cohn and David Levithan), so I figured I should pick it up.

However, Dash & Lily's Book of Dares was a bit of a disappointment for me. I'm not really sure why. I think that part of the reason was that Dash and Lily spent only a small part of the book together. (Together as in talking to each other, in the same scene, not together as in dating.) I also found Dash a little too emo for my tastes. I did like the fun scavenger hunt type activities (though I did think they took up too much of the book.) Also, while I agree the Strand is an awesome bookstore, it, Franny and Zooey, and the Oxford American Dictionary all seemed a bit pretentious to me. (I can't believe I'm saying that since I love books so much, but it just was too much.)

I wish I could say great things about this book, but I can't. I didn't really like either one of the main characters, they didn't seem like true teenagers, the plot was far fetched, and it wasn't a book that made me want to finish it.

No Dash and Lily loving from me. I hate that--when everyone is raving about a book and you really don't get it.
Posted by Kennedy at 12:45 AM