I finished The Physick Book of Deliverance Dane while in New York. It's the story of Connie, a Harvard grad student, who stumbles in to the mystery of who Deliverance Dane (d. 1692) was. The book follows the stories of the two women.

I really enjoyed the setting of early colonial America. While one doesn't usually think of New York as a colonial center, instead thinking of Philadelphia or Boston, there's still stuff in NYC and I enjoyed the connection of the book and some of the sites on my trip.

In their goodreads reviews, a couple friends mentioned that they foresaw the ending. I agree that the book lead to that conclusion prior to the end of the story, but for me it was about how it all played out.

I listened to the audio book. Frequently, I get impatient while listening to books because I could read them much faster. However, the reader on this was great and kept me entertained. 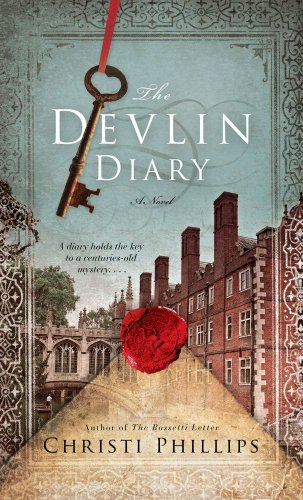 After finishing Deliverance Dane right before my flight home, I was very much in the mood for another book in the same genre. Luckily, my terminal had a well stocked Borders. The Devlin Diary was on one of the tables and fit the bill. It is very similar to The Physick Book of Deliverance Dane in a number of ways: 2 plot lines--one in present day, one in the past, an academic backdrop, and an old book with answers.

The Devlin Diary's historical section is in 1670s with intrigue in Charles II's court. I don't think I've read anything in that time period before, so I enjoyed reading about it.

The current day plot was not as well developed. It was enjoyable, but didn't flow as easily. The main characters in it were Andrew Kent and Claire Donovan, who were in Phillips' earlier The Rosetti Stone. (Haven't read it.)

Overall, both were good reads. I did like The Physick Book of Deliverance Dane better, but still finished The Devlin Diary in one sitting.
Posted by Kennedy at 9:40 PM