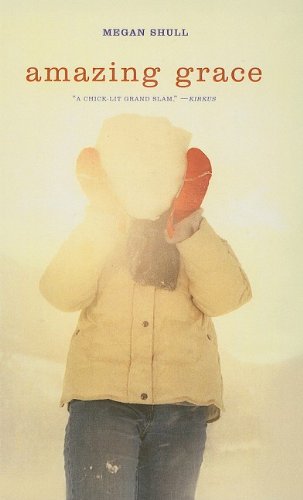 I found this at my library book sale. I was really interested in it because of the blurb on the front: "A chick lit grand slam." I love YA chick lit.

Sadly, I was disappointed by this. I hoped that it was going to be along the lines of a Sarah Dessen novel, but it wasn't near as good.

Amazing Grace by Megan Shull is about a young tennis phenom who wants out of the craziness of being a media star. She hides out in Alaska, where she meets a new best friend and a love interest, while growing up a bit. The plot was a bit far-fetched by having the main character landing in Alaska.